Updates on the French NTF Workshop 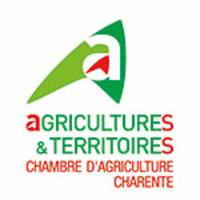 On February 4 2021, CA17 organized an online workshop for the French NTF. The session was moderated by Corinne LOMBARD and Jean-Philippe BERNARD and brought together six out of eleven NTF members from the Nutri2Cycle project.

The workshop began with an introduction to the goals and objectives of the N2C project.

For instance the NTF uses the “OPERA” website to store blog notes, newsletters, and documents related to its activity as it is found to be easy to monitor. The website regularly send notification e-mails sent for each item added. The Newsletters were found as a useful tool to explain the project’s results.

However, while the NTF’s members emphasize on the importance of sharing information to valorize the project’s results, some of them showed they meet difficulties to match project aims with their own concerns, despite the major common interests. This can be explained by the fact that the European regulations only consider the agronomic recycling of effluents and residues by the way of marketable products, although the French design of returning effluents to soils is based on spreading plans framed by the Environment code, as a mission of public interest. Most of the spreading operations are monitored by the administration authorities, with the possible intervention of the French Agency for Food, Environmental and Occupational Health & Safety (ANSES), while the EFSA will not participate in the certification of the future fertilizers marketed thanks to the regulation 2019/1009.

Moreover, the agronomic recycling of organic wastes seems to be more and more difficult in France due to the contradictory requirements of society towards farmers, like the case of sewage sludge whose recycling channel becomes more and more threatened.

The CA 17 provided a brief description on its demonstration action concerning the efficiency of the organic fertilization management for two agricultural holdings (livestock and agroforestry and organic vineyard).

To conclude, the French NTF notes the similarity between the French local approach and the European one in terms of circular economy and agronomic recovery and recycling, with common elements about agronomic and safety aspects in products. However one question remains unasnswerd by the French NTF about the relevance of the aim to substitute the current main fertilizers with bio-based ones: are the effluents deposits enough to reach the 100% level of substitution although the organic part is currently less than 33% in the fertilization plans, except in the organic farming?

The next meeting of the French NTF is foreseen in Spring 2021.